On December 7, Google invited community members from neighborhoods around the Diridon Station Area and greater San José to a design engagement workshop at 20 S. Autumn Street.  This was the first in a series of community workshops that provide the Downtown West  planning team the opportunity to share early design concepts and receive feedback on what is important to the community.

The workshop focused on collecting feedback about the physical character and experience in public areas, parks and open spaces and the programs and activities that could take place in them. The December workshop was set up around three 45-minute exercises that centered on four engagement stations focused on St. James Triangle, the Civic Heart, the Meander (along Los Gatos Creek) and streetscapes. While it was a rainy day, that didn’t stop nearly 60 participants from providing feedback resulting in over 1,000 new data points. 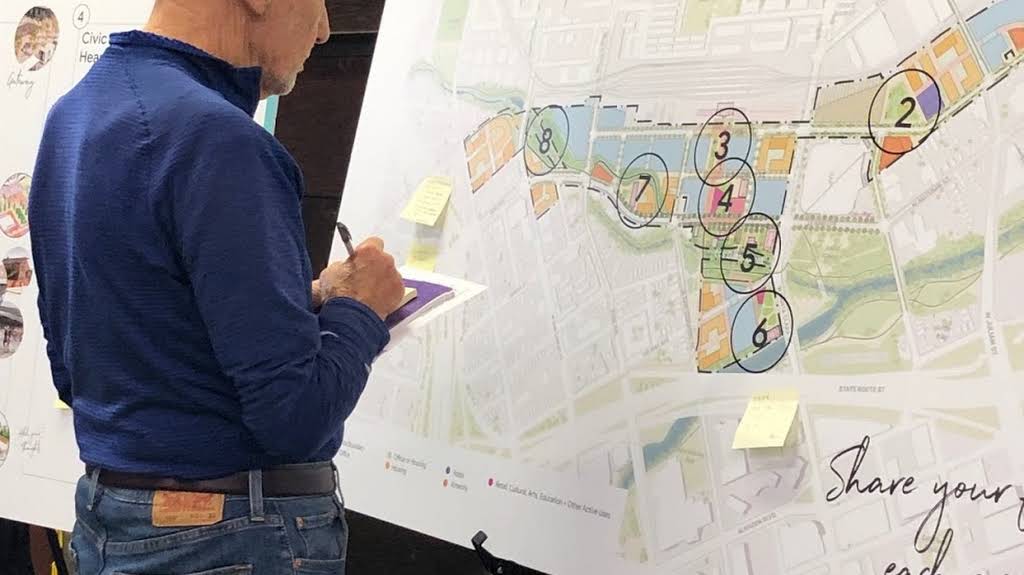 A community member providing feedback as he looks to a large map of the Downtown West project site.

The information collected is valuable to our team as we begin developing the Downtown West Design Standards and Guidelines (DWDSG) that will shape the look and feel of the project area. We look forward to sharing information and hosting future workshops focused on other parks and open spaces such as the Northern Open Space, the Transit Hub, Los Gatos Creek Core, the Gateway to San José and Los Gatos Creek South.