Neighborhood feedback from our workshop on look and feel

In late February, Google invited community members from neighborhoods around the Diridon Station Area and greater San José to multiple Downtown West design engagement workshops.  It was the third in a series of workshops that provide Google’s urban planning team the opportunity to share early design concepts and receive feedback on what is important to the community. 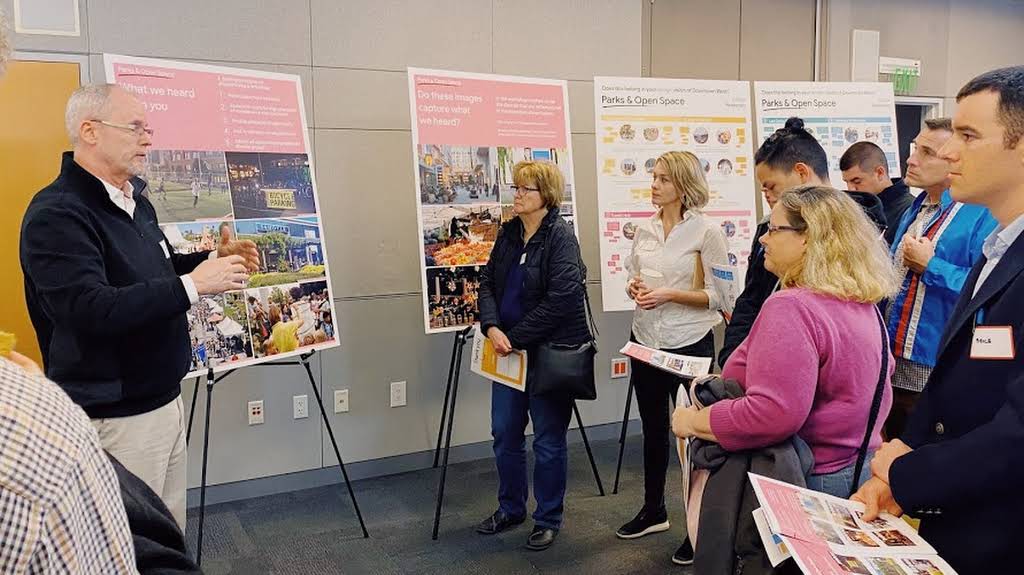 One of our consultants explaining the five themes of programming and activation.

Insights from the workshops are informing the Downtown West Design Standards and Guidelines, which will shape the look and feel of the area as well as the experiences people will have — whether walking along main thoroughfares or enjoying a concert at a park with family and friends.

The first workshop was on a Thursday evening at the Dr. Martin Luther King, Jr.  Library and the second at 20 S. Autumn Street on a Saturday afternoon. Nearly a hundred people provided feedback and shared their ideas over the two days where a report on community feedback from previous workshops covering parks and open space also was shared, and the team sought additional input on programming concepts.

We also had a great time sponsoring a historic walk of the Diridon Station Area on February 22, led by the Preservation Action Council of San José. Nearly 40 people participated in the walking tour which included stops at the San José Water Company building at 374 West Santa Clara Street and the Hellwig Ironworks building at 150 S. Montgomery Street. The group learned about the rich history and culture of the Diridon Station Area, which Google looks to embrace in Downtown West.

Downtown West Design Standards and Guidelines are in the early stages of development. Community input is so important and we will continue to engage with you and share how your feedback is shaping the plans for Downtown West.